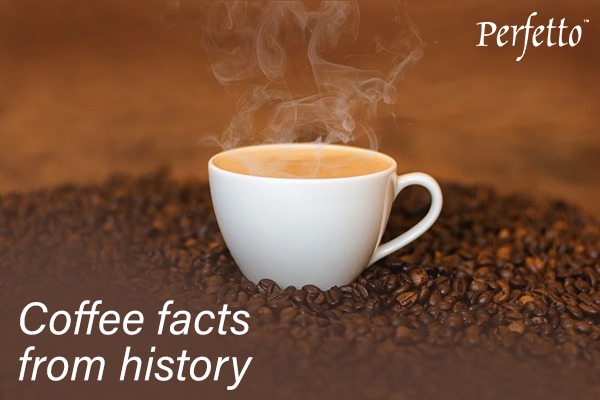 Coffee is one of the most widely consumed beverages on the earth. It is the second most valuable commodity on the planet post oil, with significant economic, social, and even political clout. According to studies, approximately 2 billion cups of coffee are consumed every day. Cofféé is a beverage that is enjoyed by people all around the world. Coffee is available practically everywhere.

Coffee: Early Use and Discovery

So, who was the first person to enjoy a cup of cofféé? We’ll probably never know for sure, but tradition has it that a goat herder named Kaldi was the one who discovered it. Kaldi lived in Ethiopia’s central highlands, maybe as early as the 6th century CE, where the coffee plant originated.

According to legend, he found that when his goats ate the red, cherry-like fruit of a certain shrub, they got extremely active and wouldn’t sleep at night. As a result, he sampled the fruit himself and had a similar reaction.

As a reminder, this was before the widespread consumption of cofféé, so we can only imagine Kaldi’s first interaction with it. He looked pleased with it and gave it to a local abbot. Because the fruit kept him up during evening prayers, the abbot decided to share it with the rest of the monastery. The news of this wonderful fruit spread fast over northeast Africa and into the Arabian Peninsula, where it quickly established itself as a staple of the diet.

The Arabian Peninsula’s adored their coffee, which they referred to as “Qahwah.” They drank it at home and at the earliest cofféé shops, which were public gathering places where people could meet, gather, and converse. What did this drink look like, though?

The entire fruit of the coffee tree was employed in many recipes, resulting in tea. Others made coffee wine by fermenting the fruit’s pulp. People didn’t start roasting the bean within the fruit until the 13th century, which is how we prepare coffee today.

Here are some of the best facts about cofféé:

[1] The Age of Enlightenment and the Industrial Revolution were sparked by coffee.

As absurd as it may appear, there is a lot of truth in this. Before cofféé was widely adopted in European society in the 18th century, beer was the preferred beverage, even for breakfast. Because the water supply was far too contaminated to drink, most people were forced to live in a condition of near-constant intoxication to endure the day’s health threats. When coffee was given, these half-drunk minds became attentive and began to ponder and plan.

With a decent cup of coffee, they were ready to take on all of the George the Thirds and Louis the Sixteenths, which is why some researchers have linked coffee to both the French and American Revolutions.

In the early-to-mid 1700s, Britain and America were still solidly in the tea camp, despite the rest of Europe’s cofféé craze. It is most likely owing to Britain’s colonization of India, where the British introduced tea plants to give a less expensive source of leaves than those initially sourced in China. Yes, even in the 18th century, we outsourced. Nonetheless, the Boston Tea Party changed everything in America. The colonies protested when George III decided to tax the Americas, the Tea Act of 1773.

While this event in American history was undoubtedly a watershed moment for coffee in America, the various wars and battles that followed, especially the Civil War, where Union troops were given 36 pounds of coffee per year, engendered universal acceptance.

During world war 1st, the US War Department mobilized by creating local roasting and grinding mills in France to assure fresh coffee for the troops. However, all of this paled in contrast to the impact of another renowned George Washington’s invention near the end of the war – instant coffee.

The most expensive one pound of cofféé ever bought at auction was $4,535. A rare micro-lot of unroasted Panama green coffee was purchased for $10,000 per kilo (or $4535 per pound) in 2019. Keep in mind that the retail markup on cofféé is roughly 300 percent from green to cup. As a result, a 20 gram brewed cup would set you back for over $300. The coffee variety and processing method have not been revealed, although the micro-lot is part of the company’s “prototype cofféé” line.

Indulge a cup of coffee that is rich, aromatic and healthy with Perfetto. Our products include roasted cofféé beans and different flavoured cofféé. Prepare a perfect cup at home; order now from our latest collection. Know more about us here.