Why Do People Call Coffee A “Cup Of Joe” 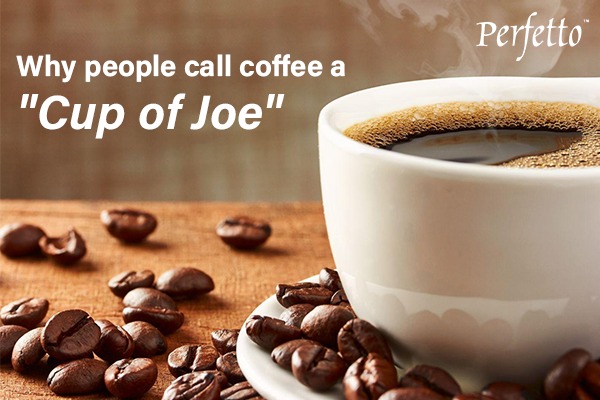 For the most part, coffee is a nice buddy (or, in certain cases, a great friend). People have given it a few nicknames too, including battery acid, bean juice, brain juice, brew, A Cup of Juan Valdez’s Best, cofféé, jitter juice, jet fuel, morning muck, liquid vitality, and the list goes on. But if there’s one moniker that stands out above the rest, it’s “Cup of Joe.”

When it comes to coffee, the nickname Cup of Joe is without a doubt the first that springs to our mind. But whence did this phrase originate? Was there ever a Joe who made excellent coffee? Is “Joe” a strangely abbreviated version of Java? We have no idea.

Coffee is a convenient and tasty way to feel more alert and kick-start your day— and these are the only methods you need for a great pot, whether you brew it at home, frequent your local coffee shop, or pop into the nearby chain for a stamp on your loyalty card. But no amount of brainpower can unravel the enigma of why coffee is termed a cup of Joe.

It wasn’t always a cup of Joe when it came to coffee.

Coffee, like happiness, comes from a variety of sources and in a variety of ways. Latte, cold brew, and drip coffee all began on the ancient Ethiopian plateau when a goat-herder spotted his goats eating a berry that made them so lively that they couldn’t sleep at night.

Coffee spread throughout the Arabian Peninsula and Europe, Asia, the Caribbean, and the Americas. It was produced by enslaved people when local monks discovered that the berries helped them stay alert for long hours of prayer. Coffee from around eighty nations is now accessible using fair trade farming practices. The history of coffee is extensive and fascinating, yet there isn’t a single Joe in sight for hundreds of years. So, whence did this moniker originate?

What is the origin of the phrase “Cup of Joe” ?

There are various origin stories for the renowned term “Cup of Joe.” During World War I, Josephus Daniels, the Secretary of the Navy, is the subject of one tale.

He outlawed the drinking of alcohol on all US Navy ships in 1914. Because coffee was the next best alternative, sailors mockingly dubbed it “A Cup of Josephus,” but because that was a mouthful, the acerbic moniker was simplified to “A Cup of Joe.”

Is that why coffee is referred to as a cup of Joe?

Well, not quite. The Josephus Daniels narrative is most likely untrue. Long after the Navy’s prohibition on alcohol, the expression “Cup of Joe” appeared in literature for the first time in 1930.

There is no clear solution to the question, “why is coffee called a cup of Joe?” Linguistics is a far more plausible theory.

According to one idea, “Joe” is a simplified version of the word “Jamoke,” which originated as a nickname for coffee in the 19th century and is a combination of the cofféé beans “Java” and “mocha.” As a result, “cup of jamoke” may have been abbreviated to “Cup of Joe.”

A third idea is based on the slang connotation of “Joe” as in “He’s just an ordinary Joe.” This Joe is your average Joe, a fellow, a guy, your next-door neighbor who mows his lawn every Saturday at 8 a.m. (we wish he didn’t drink cofféé). As a result, “the common man’s drink” is referred to as “a Cup of Joe.”

Perhaps this is why all coffee drinkers have these characteristics in common. Although there is no conclusive answer to why coffee is termed a Cup of Joe, we now know who to thank for our daily cup: that Ethiopian goat herder, even if his name wasn’t Joe, but Kaldi.

Which theory appeals to you the most? It’s practically hard to establish one way or the other how these terms came to be after all these years. All of the theories could be partially correct, or they could all be incorrect! Perhaps this is a conversation better left to friends over a cup of coffee, of course!