How Much Caffeine is in a Cup of Coffee? 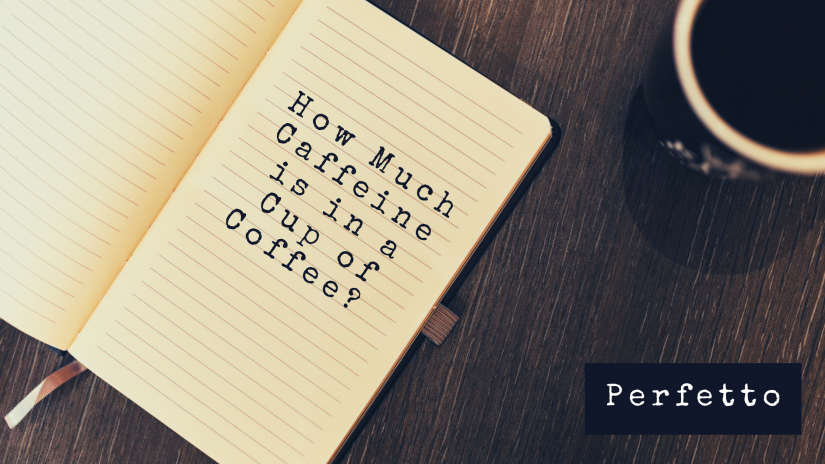 Caffeine is an element naturally present in substances like coffee, apples, and tea. It has a stimulating and energy-boosting effect because of which it is commonly added to many leading brands of energy drinks. It is one of the most widely studied natural chemicals and is a prime ingredient in many types of beverages. It is common practice to reach for a caffeinated drink, whether in the morning before the start of a hectic day or for that stimulating boost when pulling an all-nighter. It is one of the most commonly ingested chemicals globally and serves multiple purposes, and even has many health benefits when consumed in moderation. Get an insight into caffeine content in a cup of your coffee.

One of the most common caffeinated beverages, coffee, was discovered by sheer accident in Ethiopia by a goat-herder who noticed its stimulating properties when ingested by his herd. Since its finding, it has gained popularity and remains one of the most exported cash crops across the world. Its decadent aroma combined with a bitter taste is an acquired taste that is admired worldwide, with many connoisseurs serving up their unique brews.

Factors Affecting the Caffeine Content in a Cup of Coffee

The caffeine content in Coffee varies across brews and roasts, with the non-flavoured, traditional variety usually having the most caffeine content. We live in a world with robust coffee culture. This beverage is the “in” thing of the illegible generation and is prepared in various ways. To begin with, the coffee beans are roasted for a long time till they release a tantalizing aroma, with more potent brews being roasted for significantly more time. Post this, the roasters add in preferred flavourings which will strongly impact the taste of the finished cup of Coffee. Nowadays, Coffee is available in varied roasts and flavours.

Another important factor that goes into determining the caffeine content in a cup of Coffee is the method of preparation.

With more and more people embracing the idea of chilling over a cup of Coffee, various cafes and bistros have come up with their own unique recipes. The world has found countless ways to enjoy espresso, including Cappuccinos, Frappuccinos, Lattes, Espressos and Americanos. Usually, the non-milk varieties have the most caffeine content, with this level reducing through the addition of flavourings and extras like milk or cream. Coffee purists have even come to the point where they negate that instant Coffee is the best way to prepare Coffee as it loses its caffeine content and some of its antioxidants in the industrial process.

Amount of Caffeine in Different Types of Coffee

What makes Coffee a beverage for everyone truly is that there are versions of this for people with caffeine sensitivity. With people turning away from caffeine for health reasons, the coffee industry has come up with a decaffeinated and half-caffeinated version of the drink. As per its name, decaffeinated coffee is a coffee where caffeine has been wholly eradicated with mechanization. Suited for people who avoid caffeine due to health reasons or those choosing to savour the beverage at night and want to avoid its stimulating properties, decaffeinated Coffee, which is popularly known as ‘decaf,’ is gaining more and more popularity worldwide.

Similarly, another option available for people who want to cut back on their caffeine content but still need that subtle energy is half-caffeinated Coffee. Coffee purists prefer this to decaf, considering it retains more flavour and aroma that makes the drink oh-so-popular. Some speciality coffees also contain a fraction of the caffeine present in some of the cheaper brands available in the supermarket.

How Much Caffeine is Healthy

The aroma that rises out of a perfectly brewed coffee is what makes it an extremely soul-satisfying experience. It is vital to practice caution and restraint when consuming caffeinated Coffee as this might become a highly addictive habit. The FDA recommends that a healthy adult not cross more than 400 mg per day. This is equal to four cups of brewed Coffee or around ten colas. Ingesting more than the recommended amount can cause jitters, anxiety, etc. It is also recommended that pregnant and lactating women consult with their gynaecologists about their recommended caffeine intake.

Talking about Perfetto coffee, it contains roughly 2.80% in approx 100g of coffee. At Perfetto, we believe you provide our clients with the best coffee available, sourcing the best coffee from around the world.