Is Coffee Better Than Tea 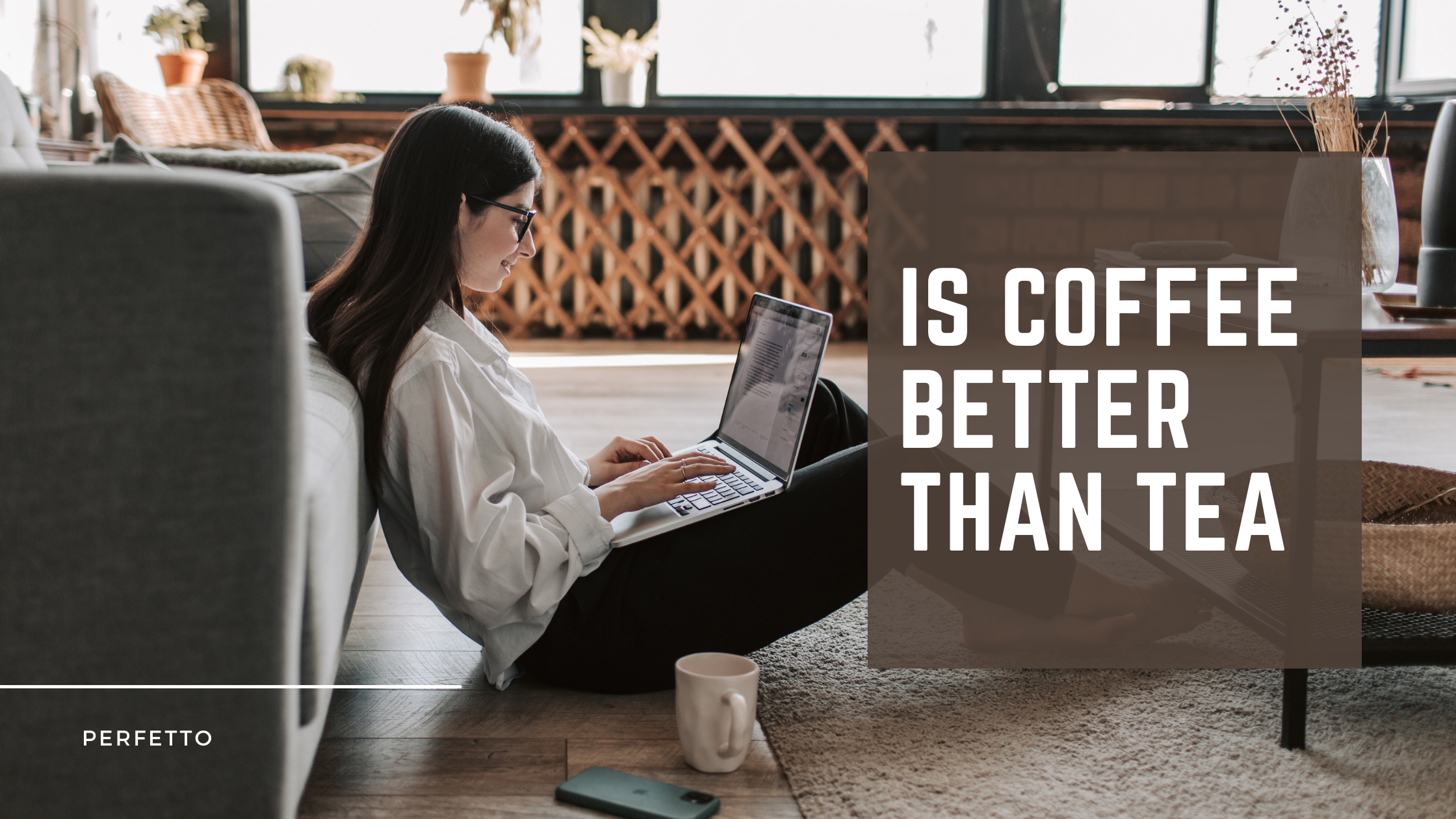 Introduction to Coffee vs. Tea

As Abraham Lincoln had once said,” If this is coffee, please bring me some tea; but if this is tea, please bring me some coffee”; the debate between coffee vs. tea is one that has plagued many a mind. Most people reach for one or the other of these beverages most mornings as a refreshing start to the day. Being a perfect concoction of antioxidants and caffeine, both these tasty beverages are popular worldwide far from their land of discovery. Incidentally, the discovery of both coffee and tea was by sheer accident; the former being discovered by a goat herder in Ethiopia who noticed the robust aroma of coffee as being stimulating after a hard day whilst the latter was fabled to be discovered by a Chinese emperor who had boiled the leaves by chance. Since then, these beverages have been enjoyed by preparing them in an infinite possibility of concoctions. Containing their individual properties, both these beverages come with numerous health benefits.

Both coffee and tea contain a widely-studied compound called caffeine which is widely used for its stimulating effects. Caffeinated beverages are consumed globally for their energy-giving properties whether by students to pull an all-nighter or by professionals for that extra jolt to start off a busy workday. Various studies have also proven that moderate consumption of caffeine can help battle a number of chronic diseases like liver issues, Alzheimer’s and while boosting your metabolism.

Technically, tea leaves contain a higher concentration of caffeine when compared to coffee beans; the arduous process of coffee roasting and brewing ensures that the finished cup contains more caffeine than tea. For this reason, coffee has been the poison of choice for those looking for that extra awakening whilst tea has been more commonly consumed for its calming effects. Another prime difference caused due to the caffeine content in coffee vs. tea is that coffee drinkers usually have to be more mindful of the number of cups they consume as the high content of this chemical causes a jittery effect. Another factor that goes into determining the caffeine content of your morning drink is its method of preparation, i.e., a cup of espresso will contain more caffeine than a cappuccino or other flavoured coffee.

Coffee and tea are both beverages that are loaded with antioxidants containing many primary groups of polyphenols. Studies conducted have shown how the consumption of these beverages has been proven to be effective in combating various types of cancer while also helping to prevent the risk of strokes. The caffeine present in coffee also releases a chemical called dopamine which is associated with being the compound that causes a happy effect, thus helping you to fight depression.

The caffeine present in both beverages also increases your metabolism which has been proven effective in promoting weight loss. These beverages without milk are widely ingested by health freaks as a pre-workout drink. Moreover, in the millennial era where most skip meals, coffee has shown to be a very important contributor of antioxidants.

How effective is Coffee vs Tea

The effectiveness of coffee and tea has been debated and studied for years with the conclusion that both these beverages come with their unique properties and health benefits. The question goes beyond which one is better over the other and it really comes down to the individual’s unique preferences as well as their sensitivity to caffeine. The multitude of health benefits present in both the beverages ensures that it is safe when consumed in moderation. The preparation of coffee is one that is elaborate while employing various artistic techniques including latte arts and such while the brewing of tea is a simpler process. Both beverages are now popular with connoisseurs developing various brews and roasts of them.

The question of how effective is coffee vs. tea is more aptly answered when looking for the purpose that it is consumed. The soulful experience of savouring a cup of tantalisingly aromatic cup of coffee over a conversation is one that is out of the world whilst the gentle soothing properties of tea offer a wholly different type of affair altogether.

At Perfetto, we are working hard to introduce a premium range of products, starting from green beans to instant coffee, we have it all that you will cherish your life for.